Injectables and Fillers On The Rise (Demo) 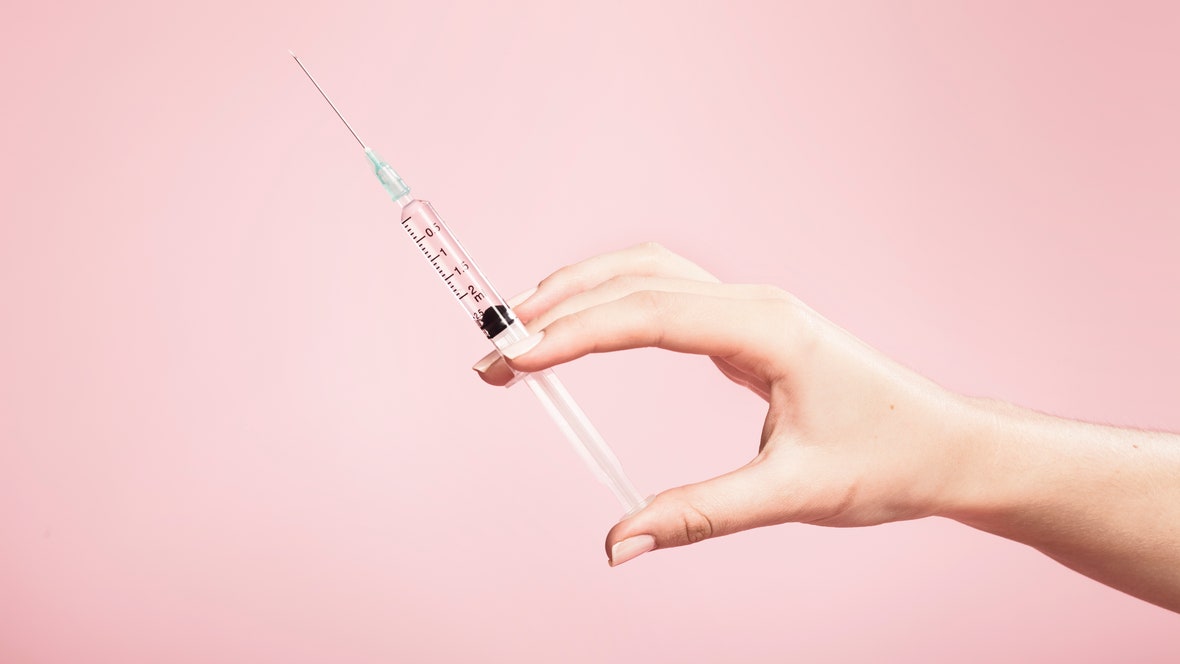 You’re looking very (a+b)/a = a/b = 1.618… = F today. That’s a
compliment…and an actual, if ancient, equation for calculating
beauty?in art, in architecture, in human faces. And you can thank the
Greek mathematician Euclid for the formula, often called the Golden
Ratio. Recently, Amber Heard and Kim Kardashian were deemed the most
beautiful?sorry, the most F?women in the world by a London-based plastic
surgeon who funneled the size of their lips, cheeks, and eyebrows into
that exact equation.

Of course, it’s odd when beauty becomes that
reductive. It’s unsettling. It’s disconcerting. And it’s for sale.
Provided you don’t have a fear of needles, it’s never been more
possible?or popular?to inject your way to Euclid’s ideal proportions.
Arched eyebrows, pronounced cheekbones, Instagrammable lips…?Patients
ask me for more symmetrical features all the time,? says Ranella Hirsch,
a dermatologist in Boston, who points out that a little asymmetry
usually looks more natural. ?The problem is you can’t take ?textbook
pretty? features and put them on everyone’s face.?

Meaning the problem is that you can. And we are. In other words, welcome to Stepford, people.

There
they are on Bravo, the plumped lips. And on Instagram, the rounded
cheeks. And at your local Starbucks, the frozen foreheads. ?It’s
manipulating your own features and creating this weird new look in the
process,? says Amy Wechsler, an assistant clinical professor of
dermatology at SUNY Downstate Medical Center in New York City. Wechsler
is also an adjunct assistant clinical professor of psychiatry at Weill
Cornell Medical College in New York City. And on that front, well: ?This
manipulation is messing with our minds. You walk into a room and you’re
not sure how old anyone is anymore?no one necessarily looks younger,
but everyone looks the same.?

Dermatologists and plastic surgeons
across the country are seeing it happen?yes, in many cases, they’re also
making it happen?and everyone we spoke with agreed: It’s a little
freaky.

Now, if you’ll forgive an editorial aside: It’s our
idiosyncrasies that make us unique, our imperfections that make us
interesting. Our flaws, our stumbles, our smile lines, our split
ends?these are part of who we are, and to some extent, part of the human
condition. And what’s recently been happening between patients and
needles is an affront to so-called imperfections everywhere. It’s Lauren
Hutton without the gap in her teeth. It’s Barbra Streisand without a
bump on her nose. It’s Cindy Crawford without the mole above her lip.
It’s what Doris Day, a clinical associate professor of dermatology at
NYU Langone Medical Center in New York City, ominously calls “the new
sameness.”

Don’t believe it? Last year alone, we were injected
more than 6.6 million times, according to the American Society for
Aesthetic Plastic Surgery. Let’s try that again. 6.6 MILLION TIMES.
That’s a nearly 40 percent increase from just five years ago. ?The more
you see this look?which is all over social media?the more accepted it
becomes and the more people are OK with it,? says Jessica Wu, an
assistant clinical professor of dermatology at the University of
Southern California’s Keck School of Medicine in Los Angeles. That is to
say, the baseline has shifted. What looked uncomfortably taut and full a
few years ago barely merits a second glance today. And it begs the
question: What level of intervention will be unremarkable by 2020? When
enough people do something, it’s amazingly easy to let it go
unchallenged. Lemmings on a precipice.

Technically, ?injectables are supposed to make you look younger,?
says Wechsler. And they certainly can. They smooth lines. They restore
contours that flatten with age. They lift droopy brows and slackening
jawlines. But when injectables are doing every one of those things, on
one face, to the nth degree? Well, think of these innovations like red
wine?in small doses they can be a very good thing, but if you
overindulge, the binge can lead to bad decisions and potentially a
puffy, not-quite-right-looking face.

So how exactly did we get
here? There’s no one answer, but doctors put a big chunk of the blame on
a paint-by-numbers approach to needle work. ?When dermatologists are
trained to do Botox, they often start with a diagram,? explains Wu.
?When I first learned, I had the diagram in front of me, too. It read,
?Do this amount in this location.? I did it on myself, and my friend
told me I looked a little crazy.? Why? Well, those diagrams are
FDA-approved injection sites based on a bell curve. If you’re rusty on
probability theory: People who fall on either side of the curve will get
too little or, worse, too much and look frozen for the next three
months. ?And the charts don’t take into account that the left and right
sides of a face are often different from one another, so some patients
are going to come out looking uneven,? says Day.

At med-spas,
injectables can be even more like shapewear?one size for all! Sex appeal
for none! There, physician assistants, nurses, and doctors who may have
only a passing knowledge of dermatology and facial anatomy are far more
likely to take diagrams and general guidelines as gospel.

So for
anyone who is thinking of going under the syringe and doesn’t want to
look a little crazy, Wu has some advice: If a dermatologist’s office
won’t tell you how many injections they do in a week, that’s your first
red flag. ?You don’t want to be someone’s 5th patient or their 500th,?
says Wu. ?You want to be their 5,000th.? And if the filling still goes
too far, there is yet another injection that may be able to reverse
those injections. An enzyme called hyaluronidase can dissolve hyaluronic
acid fillers in a matter of days, says Day.

You should also be
reassured if your doctor really chats you up. The best injectors try to
get you talking?about what, it doesn’t really matter. The point is to
see how your face moves, where your asymmetry lies, how your cheeks
plump when you smile, and all the other things that make your face
uniquely yours.

Because as promising as modern medical injections
can be, we also have to question whether there is anonymity in
uniformity?and whether that’s a good thing.

?It’s your expressions
and quirks that make you beautiful?I fundamentally accept that God is
better at creating faces than I am,? says Hirsch, pausing for a moment.
?I’m just here to tweak.?